As a 13-year-old boy living opposite a bakery in his native Vietnam, Hieu persistent curiosity about baking led him to pick up the trade without knowing he knew the trade.

The following year, Hieu and his family would flee the Vietnam War to safety in an Indonesian refugee camp. Now 14 years old and with nothing much to do, Hieu boldly decided he would start a bakery. He built up his own wood fire oven with clay and a tinned roof and before he knew it, the best bread on the island was coming out of it. 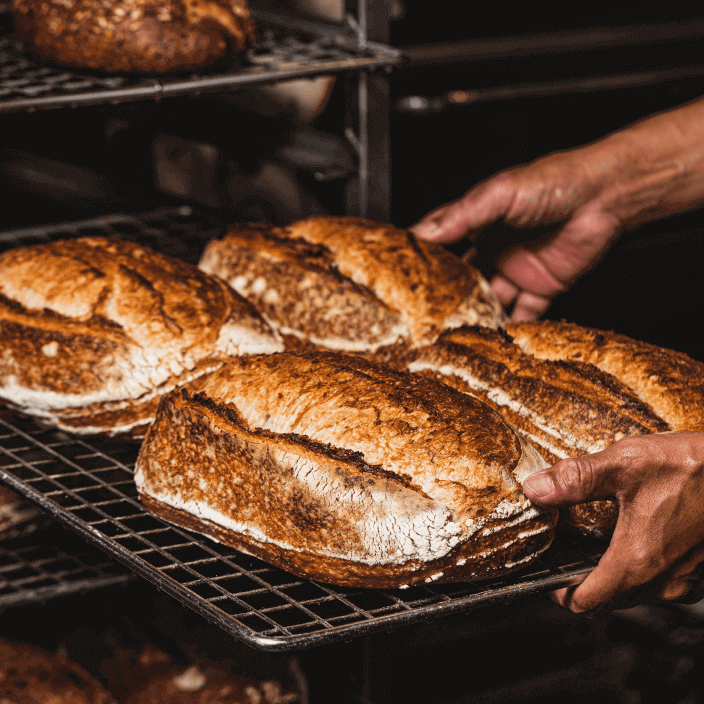 “Whoever wanted bread,” Hieu recalls, “they had to order the night before!”

In 1980, Hieu began to study IT at the University of Technology Sydney. It’s also where he’d meet Madeleine. The two would go on to form a loving partnership that persists to this day. Despite finding himself gainfully employed at Westpac after finishing university, on his first day Hieu’s passion for baking became a grander ambition after he bit into his sandwich at lunchtime.

“It was stale bread!”

Hieu finally resolved that one day, he would create a bakery cafe serving sandwiches of unmatched freshness in the city. That dream would come a little closer to reality in 1989 when Hieu and Madeleine opened their first bakery together: Belrose Bakehouse.

“In those days, nobody opened on Sundays. We were the first!” Madeleine remembers. “Even Franklins didn’t open on Sundays. We always had a long queue.”

“Every day!” says Hieu. “In those days not many people knew how to make French pastry croissants, which I’d learned from a pastry chef in New Caledonia. We made freshly baked croissants there, so we used to have a long queue.”

“All those trays of croissants,” Madeleine laughs. “We actually had to educate the customers about them! The croissants have to be baked quite dark in colour to get the caramelised flavour, and customers would say, ‘No your croissants are burnt!’ They were used to having these huge croissants, these big blown-out sweet bread croissants. Ours were a lot traditionally smaller and people tried them, and they loved them. They used to queue up for hot croissants and it was really rewarding to serve croissants fresh from the oven.”

Not content with starting a lauded local bakery and introducing authentic French pastry to the people of Belrose, Hieu and Madeleine decided to go traveling – but not for leisure.

“We rang up some top bakeries around the world and we just said, ‘We’re interested in working with you. Can we come over?’ So we did,” Hieu says.

The pair would find themselves working – and learning – in renowned bakehouses such as Daniel Leader’s Bread Alone in New York and La Brea in Los Angeles, where MasterChef’s Nancy Silverton plies her trade. After stopping in the Loire Valley to explore organic baking techniques, it was finally time to return to Australia.

Overflowing with newfound know-how, more successful bakeries followed – as did semi-retirement when Hieu and Madeleine had children and found financial stability.

Realising he hadn’t yet fulfilled his original dream of opening a bakery cafe in the city for the lunchtime crowd all those years ago after one fateful bite of a stale sandwich, an opportunity arose: Madeleine’s Italian godmother was just about to put a property in Surry Hills on the market. It would make the perfect eatery in the perfect location. 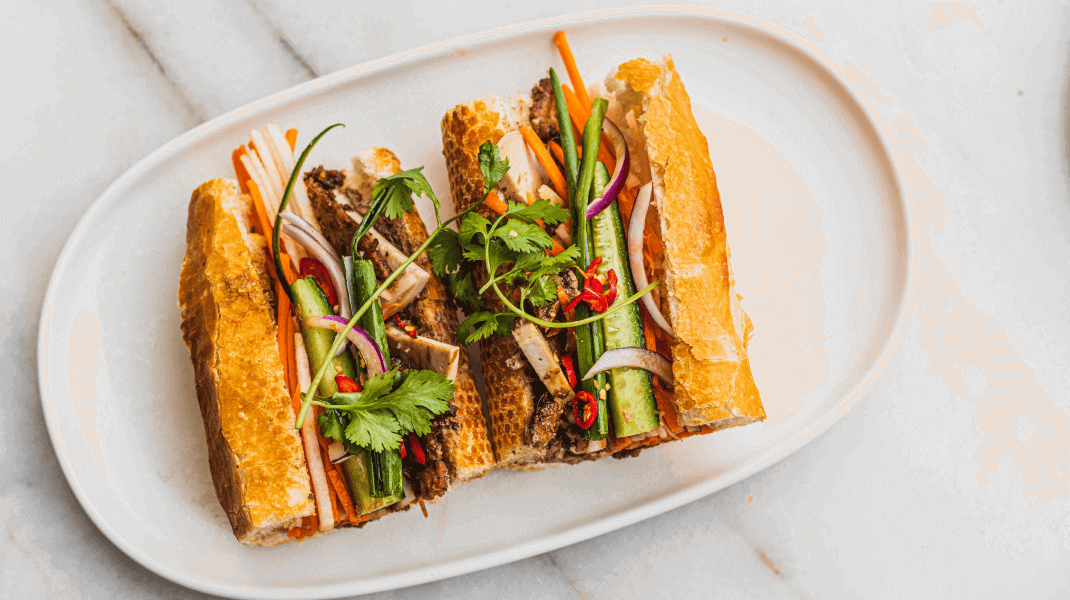 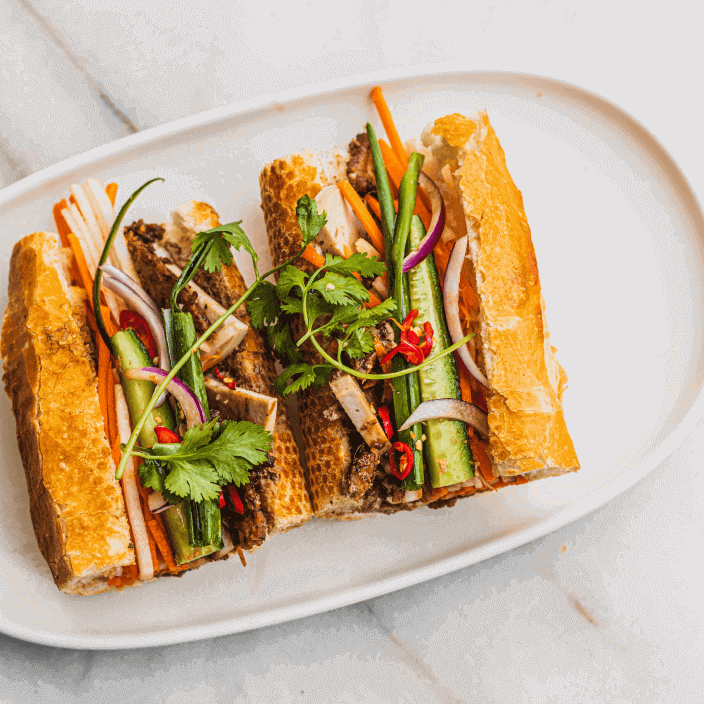 In 2006, the very first Taste Baguette would open, then their second, called Taste on Sussex Lane in homage to its location. Success at first seemed a little farther away. So far away that Hieu and Madeleine almost went broke. That is, until, more than a few glowing write-ups started appearing in local papers and magazines. Suddenly, the kind of queues they were used to seeing at their very first bakeries returned.

“We were serving the Westpac bankers!” laughs Madeleine. “The irony!” 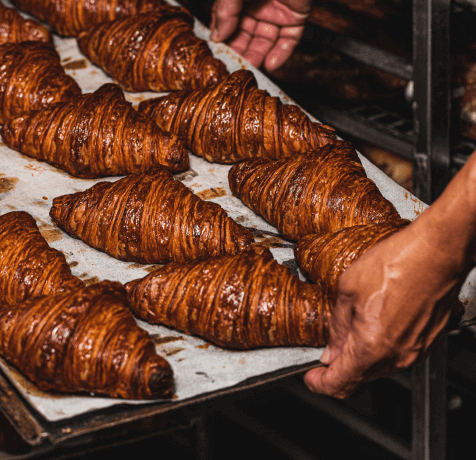 Although Taste on Sussex Lane was popular, the true door to success would open in the form of an offer from Sydney University.

“Secretly I think they had groups of departments having a look at our business,” says Hieu. “Then one day they called us in for an interview. Interview? They said, ‘Well you made it to the final three!’ Final three? We came in to meet a panel with about 12 people from the university. They gave us an interview and in the end they came back and said, ‘OK, we want you guys to open in Sydney uni!’ At Sydney uni, we always had a queue.”

There are now 17 Taste Baguette eateries all over Australia. While the rest is an ongoing history of tradition, freshness and progressive new flavours, one thing has remained constant: Hieu is never at rest!

“It’s not who taught you. It’s in the soul,” Hieu says. “To me, bread is something you do with your inner soul. You want to make something. If you have a connection to it, you make a better bread. Bread is not just bread. It’s a living thing. You can’t just follow a recipe. It has to have a touch and feel to it. Even at this level, I still want to learn and create.”

“It’s not who taught you. It’s in the soul,” Hieu says. “To me, bread is something you do with your inner soul. You want to make something. If you have a connection to it, you make a better bread. Bread is not just bread. It’s a living thing. You can’t just follow a recipe. It has to have a touch and feel to it. Even at this level, I still want to learn and create.”

At Taste Baguette, we’re dedicated to making wonderfully hand-crafted sourdough bread, delicate pastries and flavoursome lunchtime favourites – all with decades of artisanal craftspersonship behind them.

And that’s just the beginning. 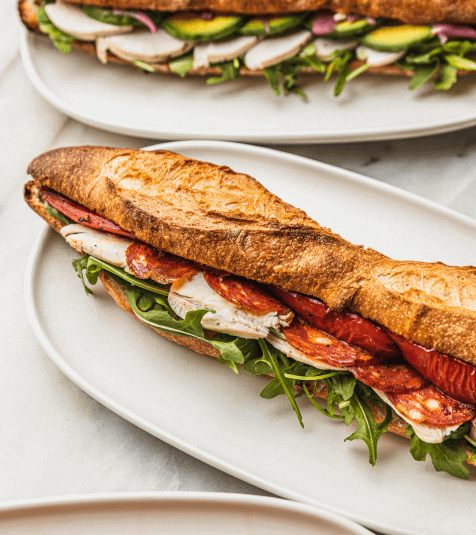 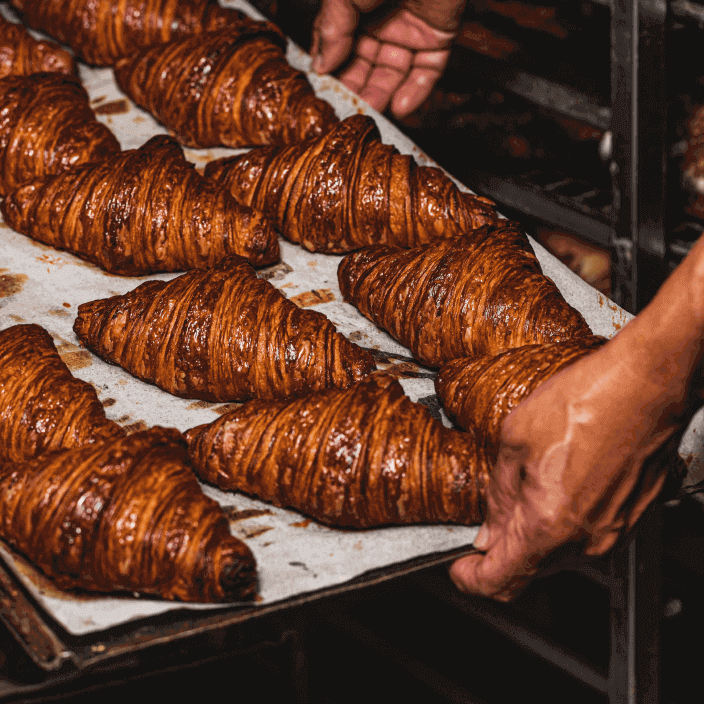 We strive to use only the highest quality ingredients at all times, locally sourced from our very own greengrocer and deli. As our founder Hieu Luong once said: “The recipe can be simple, the recipe can be complex, but the ingredients must be fresh.”

It really is about the little things.

Little things like beans – coffee beans! We choose Campos. Our longstanding relationship is built on a mutual appreciation for what creates the ideal coffee: Great taste that’s made ethically, sustainably and with care. 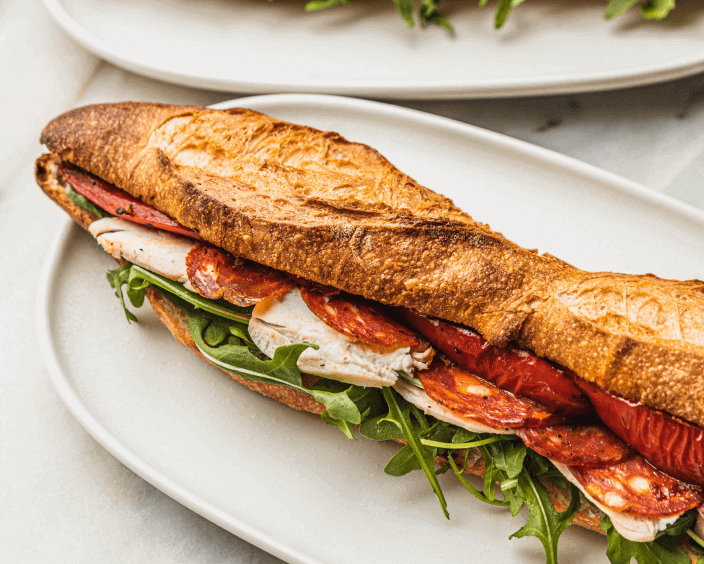 Now our coffee might be served hot, but we pride ourselves on providing warm customer service. But they’re not just our customers. We’re their customers, too. One of the things we look forward to is someone asking us to create something new.

Because at Taste Baguette, we pride ourselves just as much on creating mouthwatering new cuisine as much as constantly improving what we do.

Now that's a cheese toastie 😏 Join us at your l

Come and experience our world of delicious baked t

How vibrant and fresh does this delicious brekkie

Our noodle bowls are one the most delicious and FR